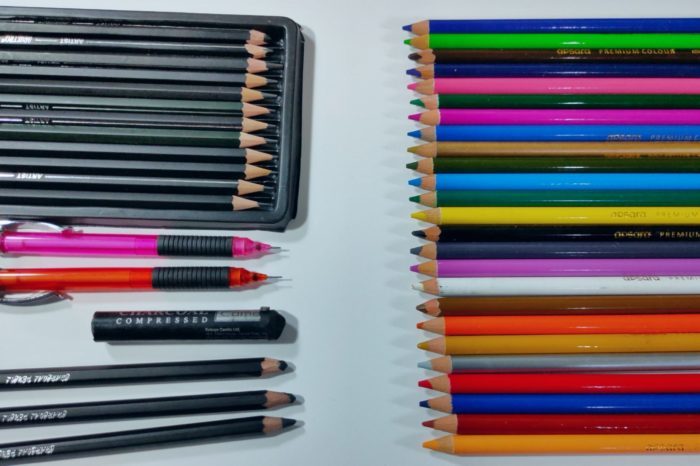 In most creative fields, it’s impossible to get away from one important tool—a pencil. It doesn’t matter if you’re an architect, a professional fine artist, or you’re just learning to draw. but before we get into it , you should note that none of these pencils will make you a better artist. you may find some pencils more comfortable to use but they all do essentially same thing and they are all capable of producing beautiful art.

Here is a summary of the different types of pencils used by artists:

Graphite pencils: The most common pencils used in art and writing.

Charcoal pencils: Create dark and rough lines, but not as versatile as the other options.

Colored pencils: Similar to normal graphite pencils but in color. You can read about colored pencils for artists here.

Mechanical pencils: Create sharp lines and do not need to be sharpened. However, you are not able to use the thick edge of a mechanical pencil to create bold marks (like you are able to do with normal pencils). 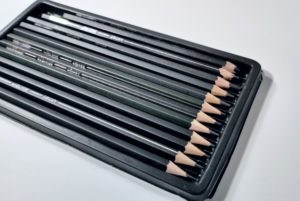 Graphite pencil cores are primarily made up of two components: graphite and clay. The feel of a pencil and the mark it makes on paper is dependent on the blend and ratio of those two products: the more clay there is, the harder and lighter a pencil will be; the more graphite there is, the darker and softer it will be.

To distinguish harder and softer pencils, pencil manufacturers rank pencils on a grading scale. There are two grading systems for pencils – American and European. The American system is numerical and goes from 1 to 4, while the European system uses the letters “H” and “B” to note how hard or soft a pencil is.

By varying the mixture of clay and graphite, it was discovered that you could change how dark or light a mark would be. The Hardtmuth company designated names for their blends of graphite inside the pencil: HB (named for Hardtmuth and Budějovice – also known as Budweis) and F (named for Franz Hardtmuth, who the company credits with developing the process for creating gradation). Later this was adapted into the European scale we know today, with H standing for “hard” and B standing for “bold” and that F still arbitrarily hanging out between H and HB.

A good thing to remember:

A B grade means the core has more graphite, and will make a bolder, darker line, and also be a little smudgier than a light pencil.

An H grade means the core has more clay, and will make a lighter, finer line, and will be less smudgy than a dark pencil. 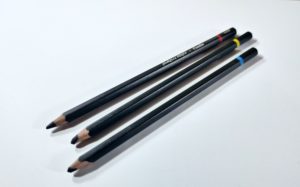 Charcoal pencils consist of compressed charcoal enclosed in a jacket of wood. Designed to be similar to graphite pencils while maintaining most of the properties of charcoal, they are often used for fine and crisp detailed drawings, while keeping the user’s hand from being marked. 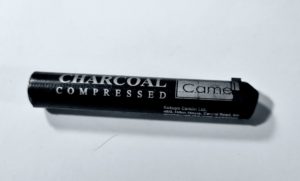 Compressed charcoal (also referred as charcoal sticks) is shaped into a block or a stick. Intensity of the shade is determined by hardness. The amount of gum or wax binders used during the production process affects the hardness, softer producing intensely black markings while firmer leaves light markings.

Willow or Vine charcoal has a look and feel that is quite smokey and light. You’ll struggle to get strong dark with willow charcoal though.The sticks tend to be slightly distorted and curved, part of the natural effect of burning them to a specific hardness.

Vine charcoal is similar but instead of willow, grape vines are used. 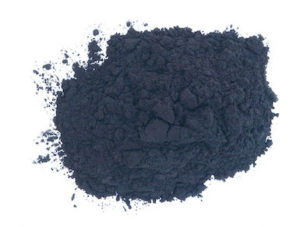 Charcoal powder can be used to create very soft and refined shading (such as skin tones or a muted background). It can be applied with a brush or other applicator (or even a finger) to block in large areas quite quickly.

You can also use charcoal powder to create a toned ground on a white piece of paper, that you can then draw darker values on top of, or use an eraser to lift out lighter areas and highlights. 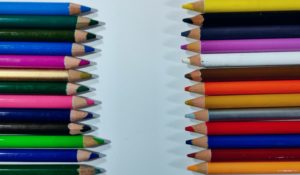 According to Wikipedia, a colored pencil is an art medium that consists of a narrow pigmented core that is encased in a wooden shaft. However, there are “woodless” pencils, meaning they lack a wooden shaft on the outside.  Instead, the entire pencil is core, covered in a thin lacquer coating.  They can be sharpened just like regular pencils.  Colored pencil cores are made from an oil or wax based medium that has pigment, binding agents, and additives.

They are the most common type on the market. The core inside the pencil casings contain pigments bound by wax. The drawings have a creamy texture as a result.

However, wax-based pencils are prone to breakage and wear down quickly. They give off considerable debris and create a thin, powdery film on the surface of the artwork after the application.

As one of the common colored pencil types,Oil-Based Pencils are harder than wax-based colored pencils and do not have the dry and chalky feel of the latter. Their thick cores have a special coating that inhibits breakage and leave far less crumbs on the paper than waxed based pencils.

They are another wonderful option of the colored pencil types. The strength of these colored pencils is that you can cover the paper and blend the colors, using water only as a safe solvent.

We love mechanical pencils. we’ll consider a mechanical pencil to be any pencil with a lead-advance mechanism that pushes the lead forward in some way. We’ll mention clutch pencils briefly too, where the lead is released when you hold down a button, but we consider those to be a separate type. 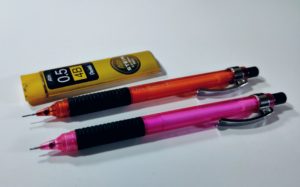 Why Use a Mechanical Pencil?

There are some good reasons why you might prefer a mechanical pencil over a wood cased pencil.

Drawing or sketching can have quite different requirements to writing, and can require a bit of experimenting to see what suits you, and what feels right for your style. Lead thickness is very important for drawing. Rough sketching can benefit from thick leads, for bold lines, usually using softer grades of lead.

If you know what thickness of lead you want to use, this is a great way to narrow down the choices. Many pencils are only available in one size, so if you know you want 0.9mm lead, it’s no good looking at pencils only available in 0.5mm. Many of the more technical style of pencil are available in several different widths, most often 0.5mm, 0.7mm and 0.9mm, while some add 0.3mm or 2mm to the range.

The thickness you want depends very much on your usage, and depends a lot on personal taste, too. If your writing is small, or your drawings detailed, you’ll need thinner lead. If you’re heavy-handed, you’ll need thicker lead. 2mm leads are similar in width to the core in a standard wooden pencil, so for most purposes, you’d need to sharpen them to get a sharp enough point.

If you’ve read all that and you still want to know more , you might have a bit of an obsession developing! We do know a few great places to send you, though, if you want more: 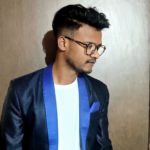 Vikash kumar created VKARTBOX in 2019-20 with the goal of sharing simple and detailed drawing tutorials with other artists digitally and make paid portrait on demand. He is self taught pencil portrait artist and youtuber. 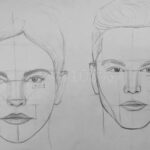 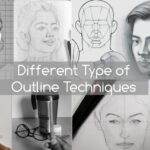 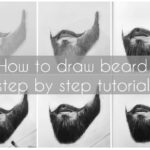 How to draw Long beard in 4 steps tutorial 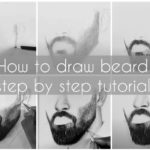 How to draw Beard, Step by step tutorial

We make portrait,sketch and paintings on order, Provide tutorials for beginners, Also we sell our premade sketches and paintings.